DevRel – What is Developer Relations? 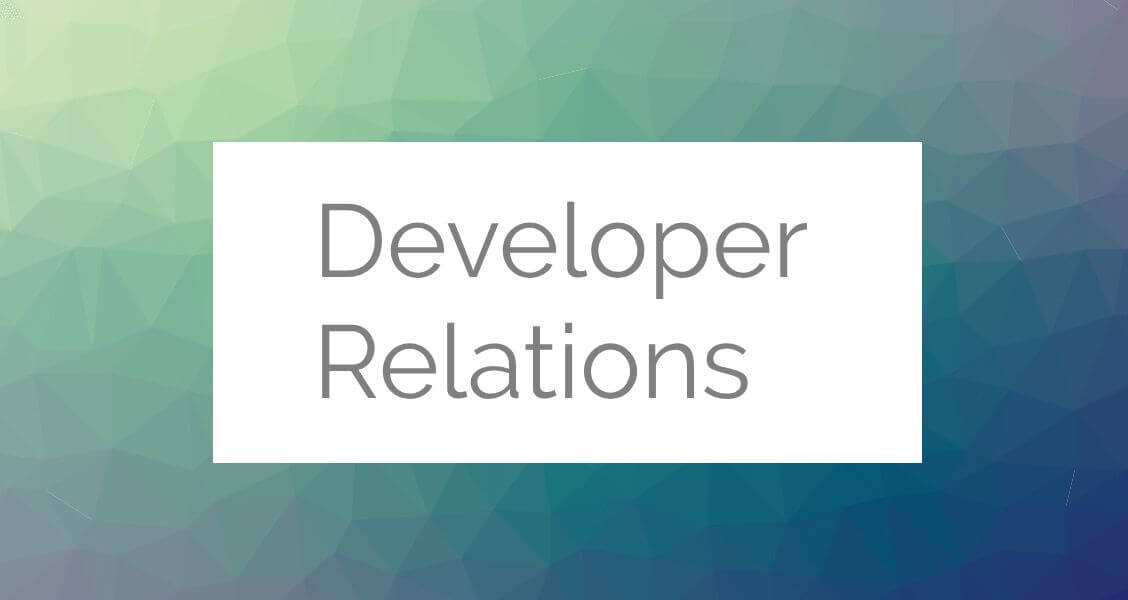 What is Developer Relations?

A developer evangelist or Developer Advocate is a spokesperson, mediator and translator between a company and both its technical staff and outside developers.

A Developer Relations department, more often than not, consists of roles such as a Community Manager, Tech Author, Developer Evangelist, Developer Advocate and sometimes even Growth Hackers and Marketers.

Developer Relations aims at building positive relationships with Developers — who are the primary customers of developer facing companies.

At some companies, it can be, essentially, a sales role where you are selling software from a developer’s perspective. At other places, it’s more of a speaking/blogging/communicating about code job.

You normally write demo apps to show off tech and then demo them around at conferences/meetups and online.

Typically advocates keep documentation up to date, keep contact with the community, do demos and blog about the product, pass feedback on questions, and basically help facilitate a good developer experience with the company.

It’s a semi-technical role with high soft skills requirements. You can think of them as public relation persons representing some software or dev methodology (SaFE agile comes to mind).

According to Glassdoor, there are currently 167 job openings for talented Developer Evangelists.

In addition, 15 openings offered annual salaries greater than $159,000 per year.

View the salaries below. At number one, Service Now is advertising a position for a developer experience member, with ranges from $131,000 to $286,000 per year.

The job description for a role as Developer Experience member states:

We are looking for a product leader to define, plan, and execute on a clear product vision around an “end to end” developer experience.

The job description for Square in San Francisco reads:

You’ll help showcase the platforms capabilities through content and presentations at events locally and abroad. Our developer evangelists also play a crucial role of representing the voice of external developers internally and bringing their feedback into our current and upcoming product offerings. Come grow the Square developer community!

You will connect with developers from the world’s leading companies, empower them to solve cutting-edge problems with the latest technologies and represent their point of view internally.

The Evangelist will act as an advocate for Pantheon and PegaSys tools generally, including representing PegaSys at conferences, through demos and weekly calls, and on digital channels such as Stack Overflow or Reddit.

We have ambitious goals for our developer program, and you will be supported accordingly by teams across MuleSoft – Engineering, PM, and Marketing

DevRelCon is taking place once again high up in the Nihonbashi Tower for a day for developer relations and more with the Japanese dev rel community.

DevRelCon and DevXcon are an international series of conferences for people who build developer communities and developer experiences.

In 2016, the event DevRelcon was held in San Francisco.

“one day single track conference for technical evangelists, developer advocates and anyone interested in developer relations.”

Developer Relations jobs have become a hot commodity in 2019

These teams are advocates for third party developers’ needs within Google and are passionate evangelists for Google technologies in the outside world.